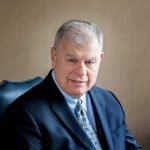 Before becoming active in private practice, for five years Attorney Kennedy was the Chief of Arson and Insurance Fraud Prosecutor in Middlesex County, Massachusetts. Middlesex County is composed of fifty-four cities and town and is the largest county in Massachusetts. Attorney Kennedy tried over one hundred cases, including over forty Superior Court jury trials. Attorney Kennedy successfully prosecuted complex cases, as well as lectured on proper trial and investigative techniques. While in private practice, Attorney Kennedy has specialized in representing clients on general liability, personal injury law, property insurance claims, construction disputes and complex claims.

Attorney Kennedy is admitted to practice before the Federal and State Courts of Massachusetts, New Hampshire and Maine. His extensive civil practice includes numerous jury and non-jury trials in all of the Courts of the Commonwealth of Massachusetts, as well as the in the States of Maine and New Hampshire, and cases before the Supreme Judicial Court and Massachusetts Court of Appeals. Attorney Kennedy has tried numerous cases resulting in verdicts and judgments for clients. He has obtained verdicts and recovery in excess of One Million dollars for numerous clients.

Fire loss can happen to any home or business at any time. According to the National Fire Protection Association, on average, U.S. fire departments respond to 1 home fire every 88 seconds. These fires are responsible for thousands of deaths, hundreds of thousands of injuries and billions of dollars in direct damage. While there is ...

Do NOT follow this link or you will be banned from the site!